9/11 – A Day of Remembrance and Reflection

As we remember and mourn those we lost 17 years ago on September 11, 2001, let us also remember that life is far too short to waste time on hating one another.

Hate is such a destructive emotion, to both the hated and the hater. It was hate that led to this tragedy, but it was love and kindness that helped us heal. Don’t give into hate and allow it to consume you!

After the horrific events which occurred that day, people all over the world came together in solidarity. But lately, we’ve become so divided.

I’ve seen and heard some of the most hateful things coming from people who I know are otherwise decent, caring and in most cases, very generous and compassionate, too. This makes it all the more shocking and disappointing, when I see them blindly regurgitate some of the vile comments and share fake news and derogatory videos or memes, without even bothering to check the accuracy first. 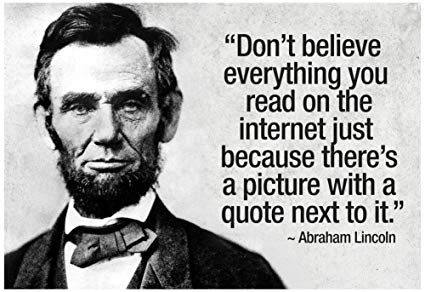 It’s so easy to manufacture fake news, pictures and videos these days, and you really shouldn’t believe everything you see. I frequently come across pictures and posts with outrageous quotes or actions being attributed to people who never said or did them. The obvious reason for this is to stir hate and resentment, and to divide us.

I have a great sense of humor and I can usually appreciate when something is obviously a joke, but many times people are creating and sharing these things as “facts” to further a political or ideological agenda.

Please use your brain and start questioning the sources and their motivations. Don’t become one of the sheeple!

It literally takes just a few seconds to do a quick Google search to verify something before you start spreading lies and hate. How would you feel if people were spreading lies about you?

We aren’t born with hate in our hearts. Bigotry and intolerance come from ignorance and fear.

Some politicians and their supporters are exploiting this to drive a wedge between us, because fear is a powerful motivator. It’s also a powerful tool for manipulation.

Hitler rose to power by using hate-filled propaganda to demonize and dehumanize an entire group of people and convince his supporters to commit atrocities against them. Don’t allow yourself to be manipulated by these kinds of people. They’re only in it for themselves, but they need you to help carry out their agenda!

I have friends and family from many different nationalities, ethnicity, religions, political affiliations, socioeconomic classes and sexual orientations. Diversity is a good thing!

Sure, every group has members who reinforce negative stereotypes, but that shouldn’t be an indictment of the entire group. Should you be judged for your crazy brother’s behavior?

The more I learn about people who are different from me, the more I learn we also have a lot in common. I rarely avoid or unfriend people I might disagree with. Instead, I take the opportunity to try and understand their point of view and not rely on my own preconceptions.

Sometimes I’m still left shaking my head as to why they believe the things they do, but occasionally I just might change my own opinion. Either way, it’s always worthwhile to have a dialog and gain a better understanding of one another.

We’re all in this world together. Imagine how much better it would be if we all tried a little harder to get along!

Be kind to one another! Peace and love to you and your family on this day of remembrance! ❤

Translate to your language: